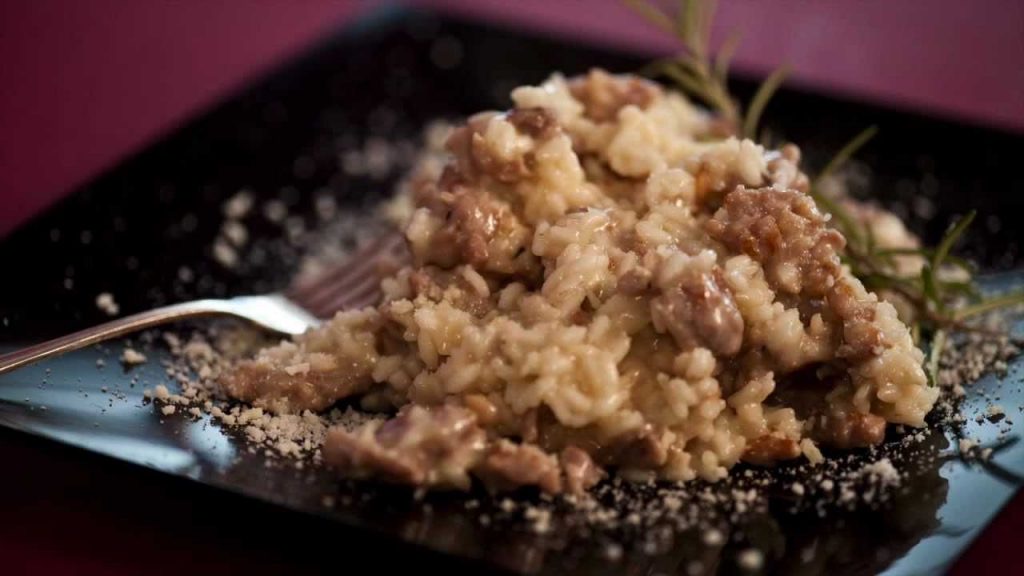 This risotto takes its name from the “Tastasal”, which is the procedure used to check the salting of the cured meats.

Tastasal was therefore the mixture of cured meats that was tasted to verify its flavor and which was then recovered to prepare this tasty risotto which has become one of the main dishes of the Verona area.

The name "Tastasal" literally means "to test, taste the salt" and was a procedure used to verify that the mixture for salami was correct in salting. Therefore, Tastasal is nothing more than coarsely minced pork and processed by hand with salt, ground pepper and a little garlic, and which was used to season risotto in order to understand the degree of salting.

Since then, it has become one of the first courses of the Veronese tradition.

* parmesan and nutmeg to taste

The preparation consists of pouring the rice into a pan containing boiling broth, stirring slowly and as it is consumed, add little by little. In the meantime, prepare the tastasal sauce in the pan by cooking it with butter, onion, cut into thin strips and 1 clove of garlic. The ragù will be added to the rice 3/4 of the way through cooking, mixing it perfectly. Sprinkle with Parmesan cheese and to taste, with nutmeg.