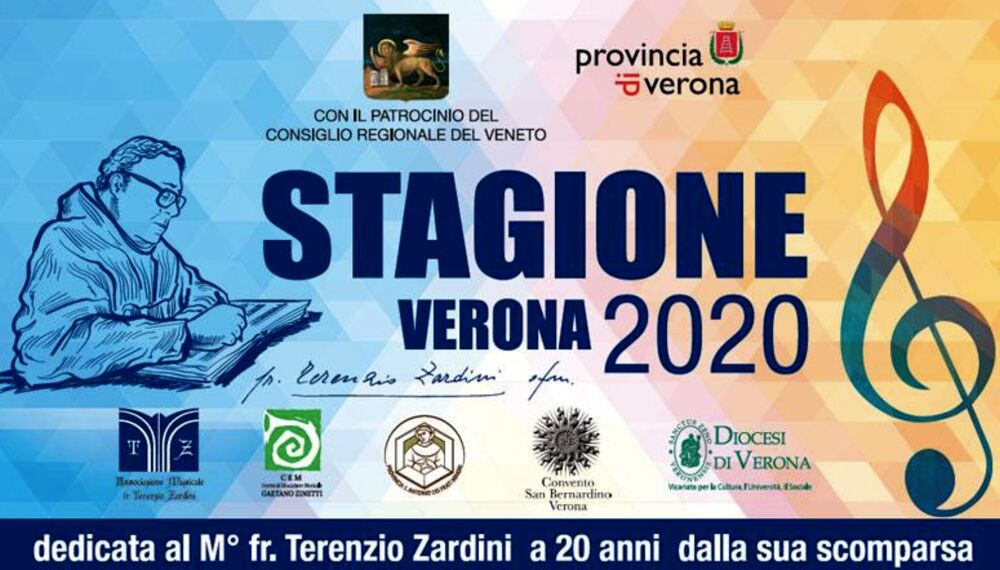 The review of free events in memory of friar Terenzio Zardini, composer and teacher of choral-sacred music at the Verona Conservatory, kicks off on Friday 11 September.

In the 20th anniversary of his death, despite the organizational difficulties dictated by the measures for safety and social distancing, seven appointments will be held in the cloister and church of San Bernardino, with concerts and events dedicated to music until December.

At the opening of the festival, Friday 11 September at 9 pm, concert evening in homage to Ludwing Van Beethoven, on the 250th anniversary of his birth.

Subsequently, on Saturdays 10, 17, 24 and 31 October, again at 9 pm, the concerts 'Musical October Terenzio Zardini' will be held. Sunday 22 November, at 4 pm, meeting on 'Terenzio Zardini and choral singing'. The Christmas concert will close on Saturday 19 December at 9 pm.