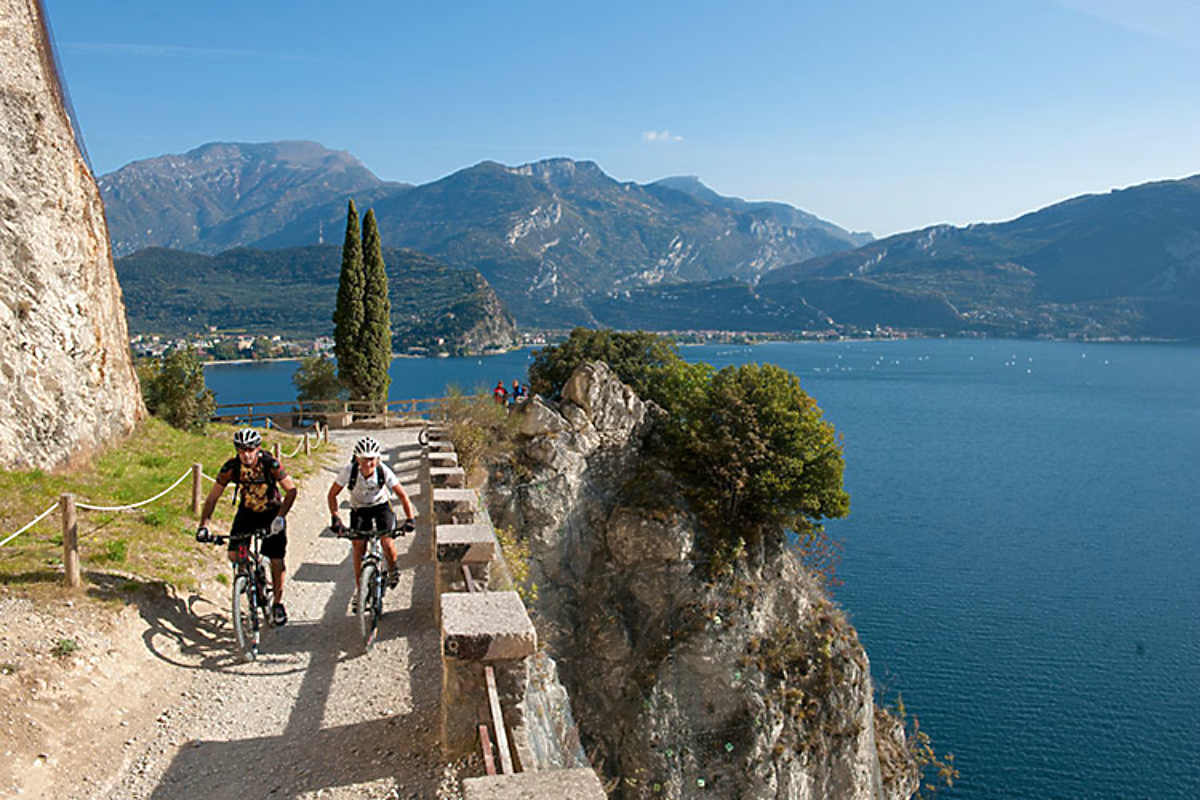 The road, dug out of the rock in the second half of the 1800s, was abandoned after the construction of the tunnel twenty years ago. Since 2004 it has been transformed into a path, where it is also allowed to pass on bicycles.

Due to its environmental and historical characteristics, it is one of the most beautiful and well-known European paths.

We start in the center of Riva del Garda and follow the coast, passing in front of the historic hydroelectric plant. After less than a km, we cross the western Gardesana road, following the D01 signpost in the direction of Ledro.

We leave the asphalt behind us and we are already in the middle of the beautiful panoramic path of the Ponale, which clings to the rock walls, at times perforating them with small tunnels.

After two km of gentle ascent, the road curves to the right, above the bay of the mouth of the Valle di Ledro.

Here the path for mountain bikes and the one on foot are separated. We cross a bridge and shortly after the signpost indicates a staircase leading to a forest road.

We enter the Val di Ledro, and after a short piece of asphalt (the Pregasina road) we bypass the village of Biacesa.

Then, the walking path meets the cycle path, we enter the center of Prè di Ledro, and we are already on the climb that will take us first to Molina and then to the beautiful Lake Ledro, where the Palafitte museum exhibits the archaeological finds of the well-known prehistoric settlement.