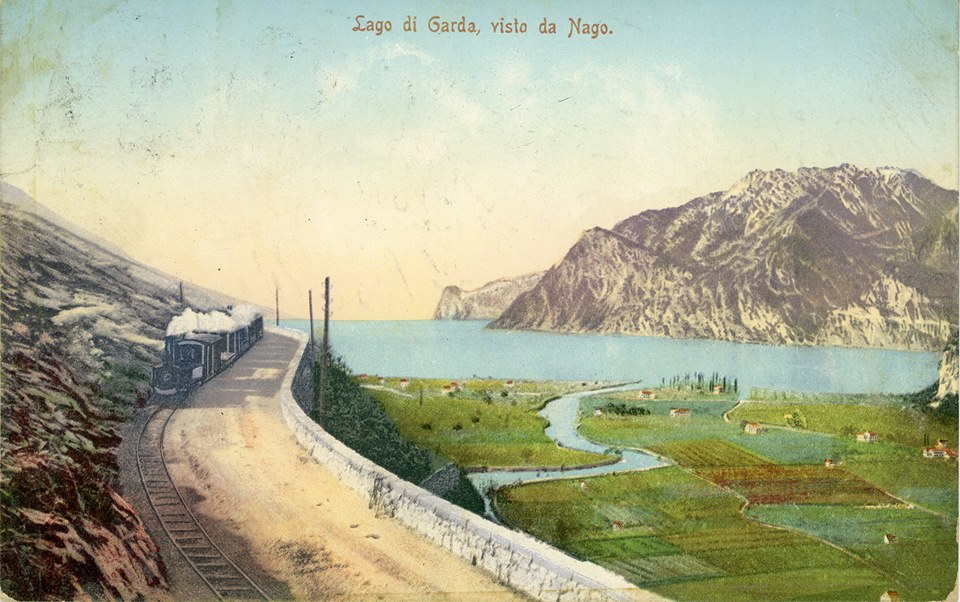 This historic railway was inaugurated on January 28, 1881. The line, initially managed by a private Austrian company, started from the Mori Sudbahn station, until it reached Riva.

In the aftermath of the First World War, in May 1915, the railway was used to expel the population.

The Mori-Arco-Riva railway, already in the fall of 1915 under the artillery fire, was abandoned and its material transferred to other lines of the Austro-Hungarian Empire.

The refugees who returned from Austria found nothing and on their return the houses, reduced to rubble, had been stripped of everything, even the tiles and beams.

Despite the damage suffered, the railway, with the intervention of the military Engineer, was quickly reactivated.

On May 19, 1925, the Mori - Rovereto extension began operating. The name of the railway also changed to RAR (Rovereto - Arco -Riva).

In the following years, competition from the first auto services caused ominous clouds to fall over the future of the line.

In 1929 an electric drive transformation project fell on deaf ears.

A few days later, on October 21, 1936, the Rovereto - Arco - Riva railway was definitively suppressed and replaced by an autoservice managed by the same railway company.

A cycle path has recently been built on the Mori - Nago section.