BENNIE THE MONSTER OF LAKE GARDA 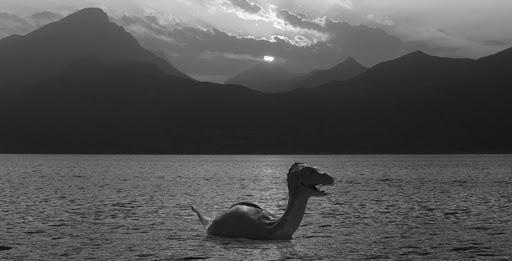 In addition to the many historical legends concerning the villages that dot its shores, with their castles, kings, princes, princesses and battles, Lake Garda also has a legend concerning an inhabitant of its abysses.

According to some, in fact, a prehistoric monster called Bennie lives in Lake Garda, which could even be related to the most famous Nessie, or the monster of Loch Ness in Scotland.

The hypothesis of the presence of a colossal beast that would live in Lake Garda has very ancient roots. Already in the Middle Ages, in fact, some sightings of sea monsters were reported that terrified the fishermen and the inhabitants of the shores of the lake and the monks of the monastery of the Island of Garda.

But the legend of the Lake Garda monster began in the last century. The most famous sighting dates back to August 17, 1965 near the Baia delle Sirene on the eastern shore of the lake, not far from the village of Garda.

It was here that a group of about ten tourists claimed to have seen an enormous marine creature over 10 meters long with a snake-like shape emerge from the waters, which would then hide in the underwater caves of the island of Garda, where it would live in the darkness.

The news was reported by many newspapers nationwide and immediately became one of the most intriguing mysteries of Lake Garda.

The latest sightings of the Garda monster date back to 2016 and 2018 and the international fame of Bennie has led in recent years to the birth of several tours of the lake dedicated to him, as well as various souvenirs and gadgets.

To go “hunting” for Bennie, exploratory missions have also been organized with lots of robots and sonars to probe the bottom of the lake, but the mystery, as well as for the Loch Ness monster, has not yet been solved.