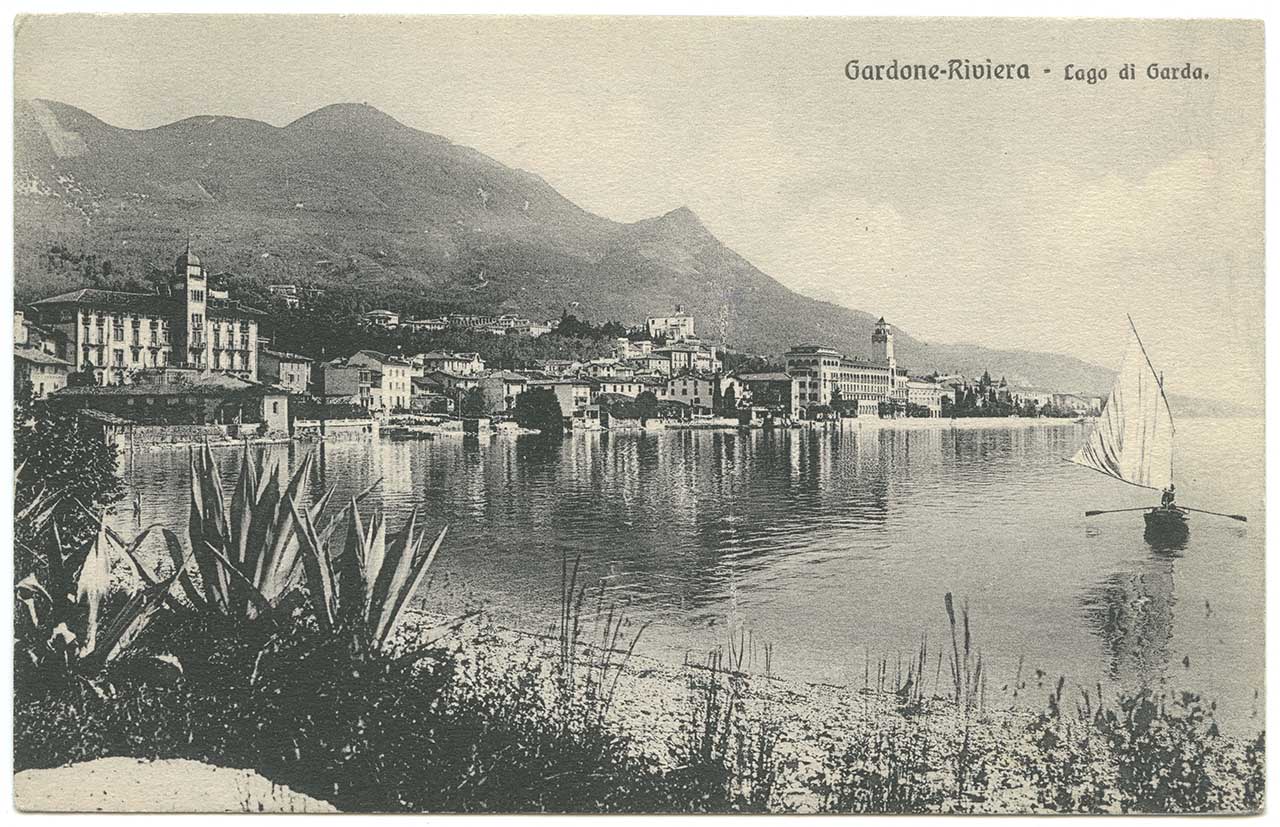 Lake Garda or Benaco is the most famous and visited lake in Italy, as well as being the largest, with its approximately 370 km² of total area.

The other name of Lake Garda, or Benaco, was the original name of the body of water and dates back to Roman times, when the lake was revered as a divinity associated with the god Neptune.

It took the name of Garda only in the Middle Ages from the town of the same name located on the Veronese shore.

The origin of Lake Garda seems to be the result of a combined action of various factors: glacial, river and tectonic, also considering the process of raising the surrounding mountains, such as Monte Pizzocolo.

The history of Lake Garda begins with the first human settlements dating back to the Paleolithic. Today, in particular, evidence dating back to the Bronze Age (2000 BC) remains, represented by several remains of stilts located on the southern shores of the lake.

Between the second and first centuries BC the Romans settled in the area and built several roads and villas, as evidenced by the Catullo Caves in Sirmione.

Later the influence of the Lombard culture was very important, which was accompanied in parallel by a process of Christianization of the area, of which the numerous Romanesque churches remain.

The thirteenth century saw the emergence of the Lords of Verona, the Scaligeri, who built several castles including that of Malcesine and the famous Scaliger Castle of Sirmione.

Their place was then taken by the Visconti and the Republic of Venice, which came to rule over the whole lake with the exception of Riva del Garda.

The domination of the Serenissima left an indelible mark on the history of Lake Garda. In this period on the western shore of the lake was also born the union of 42 municipalities which went down in history as Magnifica Patria, of which Salò represented the capital.

Lake Garda was the scene of several important battles of the Napoleonic wars first and then of the wars of independence, but it is during the Second World War that Salò returned to being the center of the world when in October 1943 Mussolini proclaimed it the capital of the newly formed Social Republic of Salò and settles at Villa Feltrinelli in nearby Gargnano.

Since the second post-war period, the explosion of mass tourism has transformed Lake Garda into one of the main Italian tourist destinations, which now receives over 24 million visitors a year.