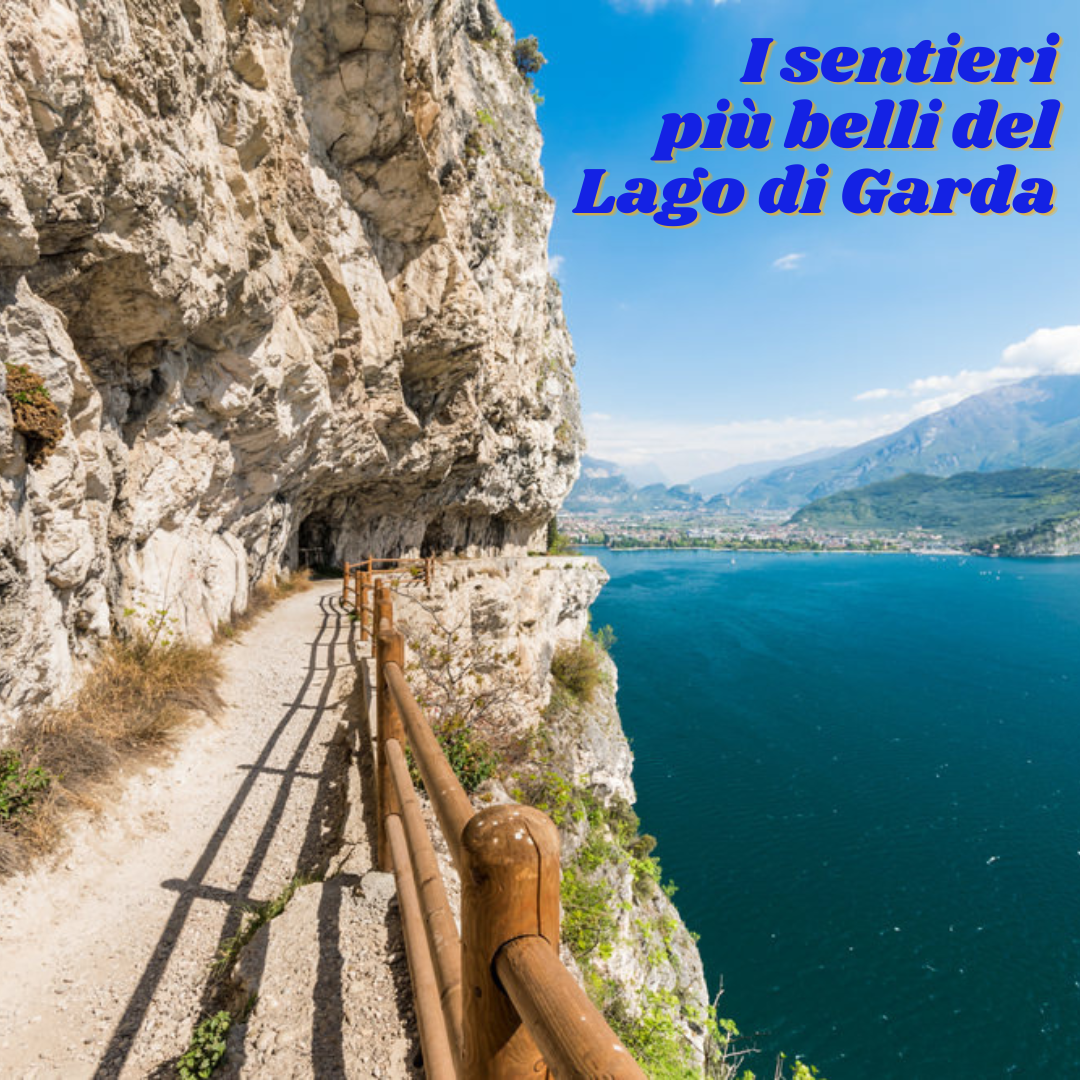 With a meandering territory and a wealth of unique naturalistic corners, Lake Garda is an extraordinary destination for those who enjoy short or long walks. The walking routes are numerous from north to south; we have made a selection of the 5 most beautiful paths to take: 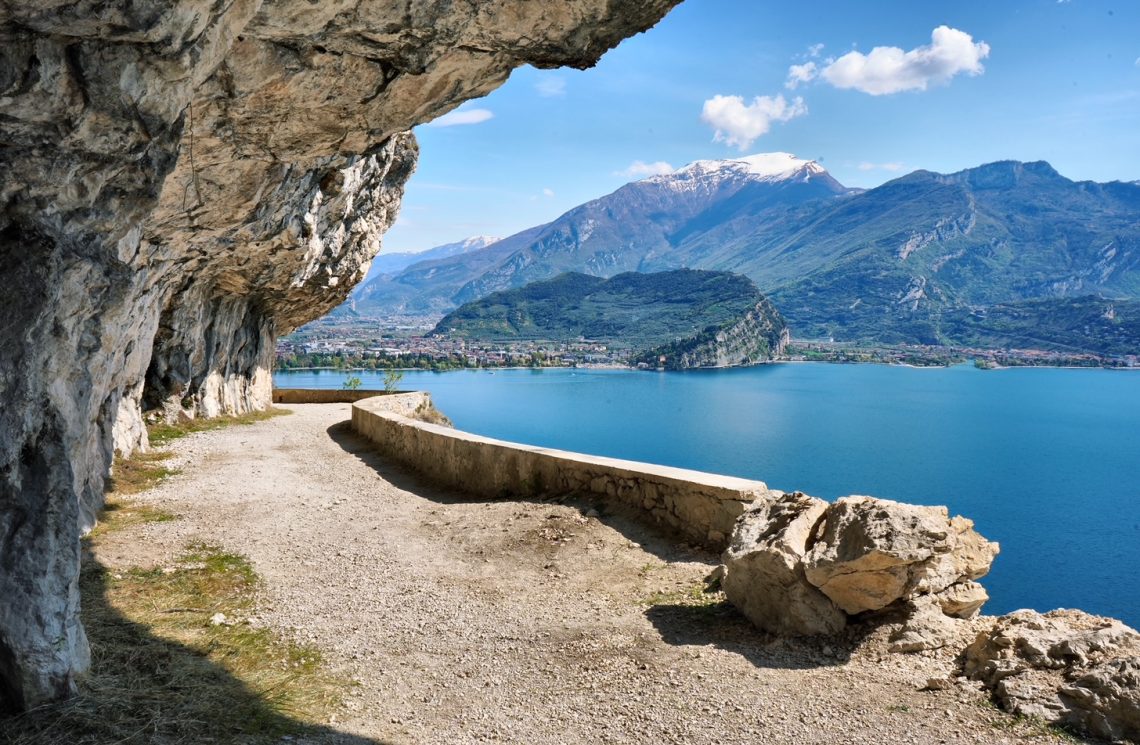 Clinging to and partly carved into the rock of the mountain overlooking the lake, the Sentiero del Ponale is a wonderful scenic route that was once, until the opening of the tunnel, the exclusive link between Riva del Garda and Val di Ledro.

Today it is a popular path for walkers, a walk of up to four hours with a length of up to ten kilometres and a total altitude difference of 600 metres. 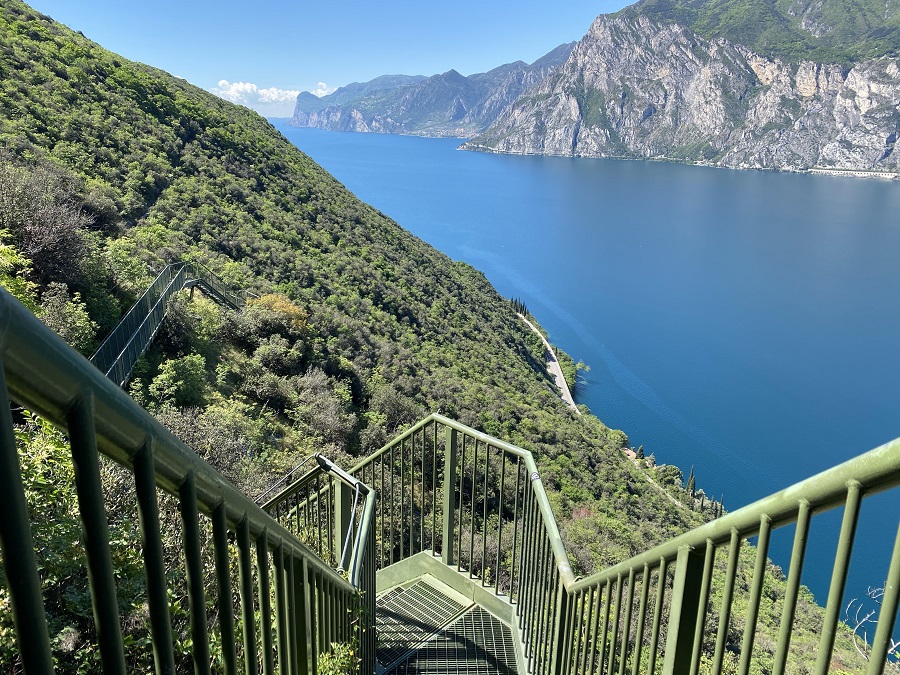 Departing from the Busatte Park in Torbole, the Busatte-Tempesta Path runs along the border between Garda Trentino and Garda Veronese, on a route of about 4 km.

Surrounded by the enchanting landscapes of the mountains and the lake, with stretches overhanging the water, the walk follows traditional gravel paths and almost 400 steps of iron stairs. 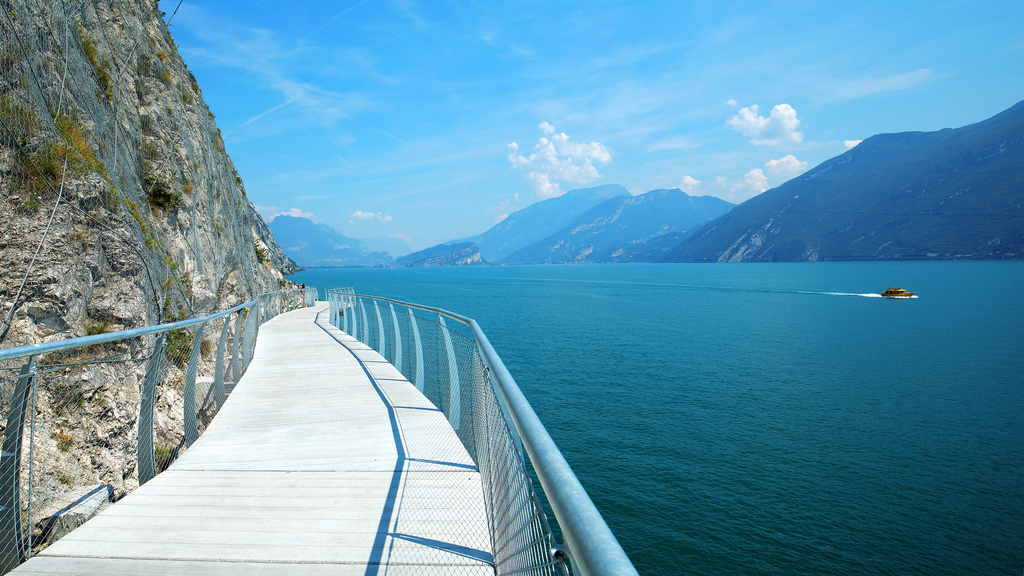 In 2018, the first section of the Lake Garda cycle path was inaugurated in Limone, a project that will connect with a long and unique cycle path touching no less than 19 locations around Lake Garda, creating the longest cycle path in Europe.
The Garda cycle path starts in Limone and can be followed either by bicycle or on foot. This promenade overlooking Lake Garda is designed as a cycle path, although for now, due to its short length, it is recommended to be done on foot. For the time being, the route is 2.5 km long and starts in the centre of Limone. 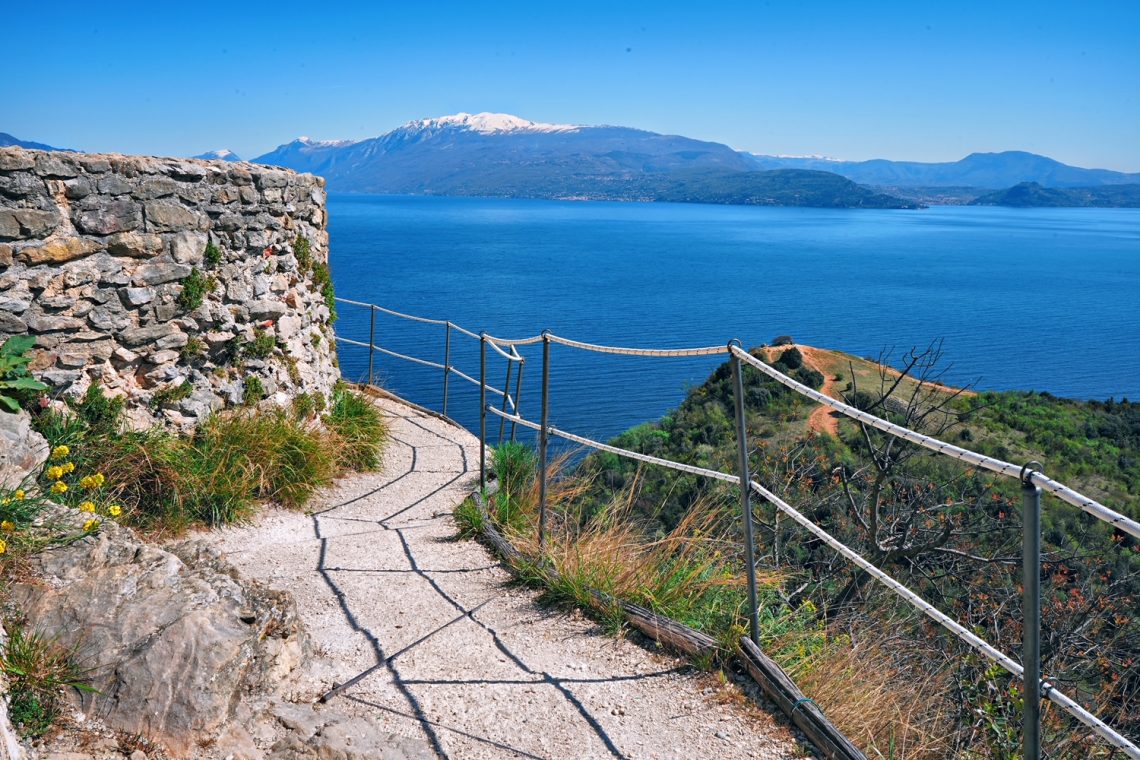 The Rocca di Manerba and the surrounding nature reserve are a unique setting for walks and hikes with views over the lake as far as Sirmione and, on clear days, as far as Garda Trentino.

The route to the Rocca can start from the locality of Pisenze, ascending the paths that surround the hill and heading towards the summit of the Rocca or the promontory of Sasso; or from the locality of Montinelle, from which only on foot one can ascend the asphalt road that leads to the summit. A delightful alternative is to follow the charming paths of the nature park, such as the Sentiero del Carpino. 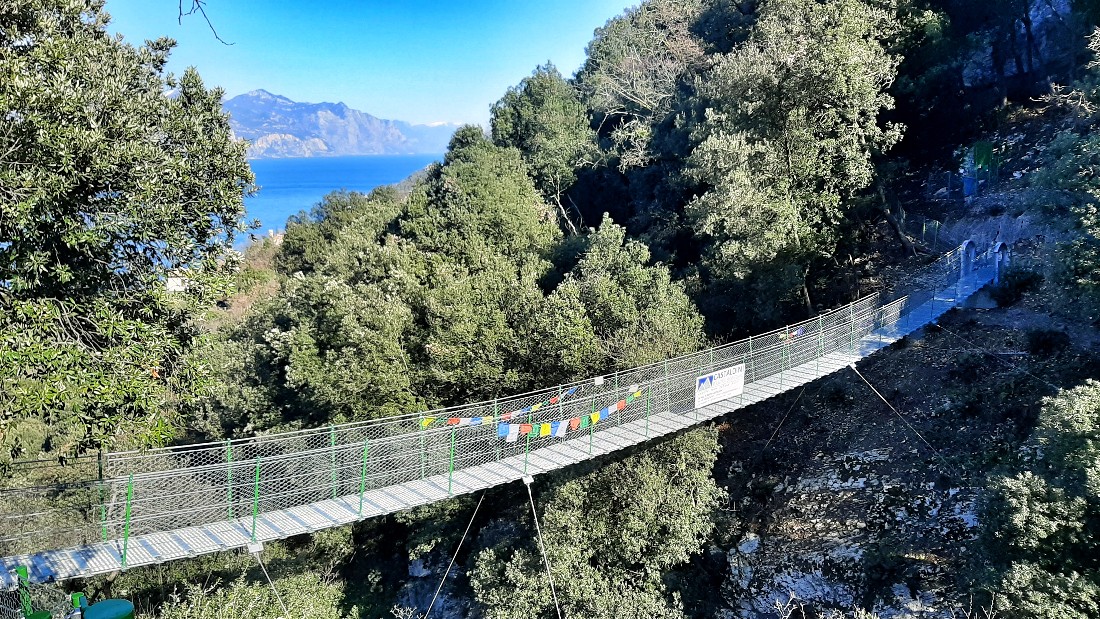 34 metres long and about one metre wide, the Tibetan Bridge in Torri del Benaco was inaugurated in 2019: it is a real footbridge suspended 45 metres above the Vanzana valley, connecting the locality of Pai di Sopra with that of Crero.

It can be crossed with a pleasant thrill and is just one of the suggestive elements of this area, where thanks to the paths it is possible to walk through the woods and on dirt and asphalted paths, contemplating from above admirable views of Lake Garda.