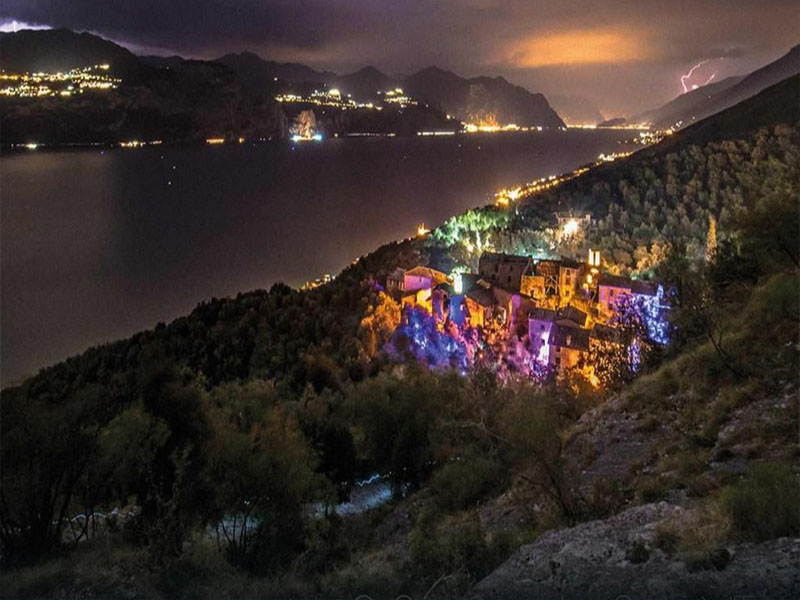 The event organised by the CTG Brenzone, now in its 24th edition, has become over the years one of the most evocative and popular summer events in the Garda territory.

Born in 1994 as a simple night walk to "observe the stars" on 10th of August, the night of Saint Lorenzo, two years later it was organised with an unthinkable challenge: a concert with a grand piano in Campo, an ancient medieval village that can only be reached by foot.

The "madness", especially considering the difficulty of transporting the instrument, was an unexpected success: 600 people came up to attend the concert, on a meadow that became a natural amphitheatre.

The magic of the night comes from the extraordinary combination of the history one breathes at Campo and the quality music one listens to while lying on the grass, watching the falling stars.

Since 1998 the evenings have become two, on 9th and 10th of August: one hosts a classical music concert and the other one an ethnic or light music concert.