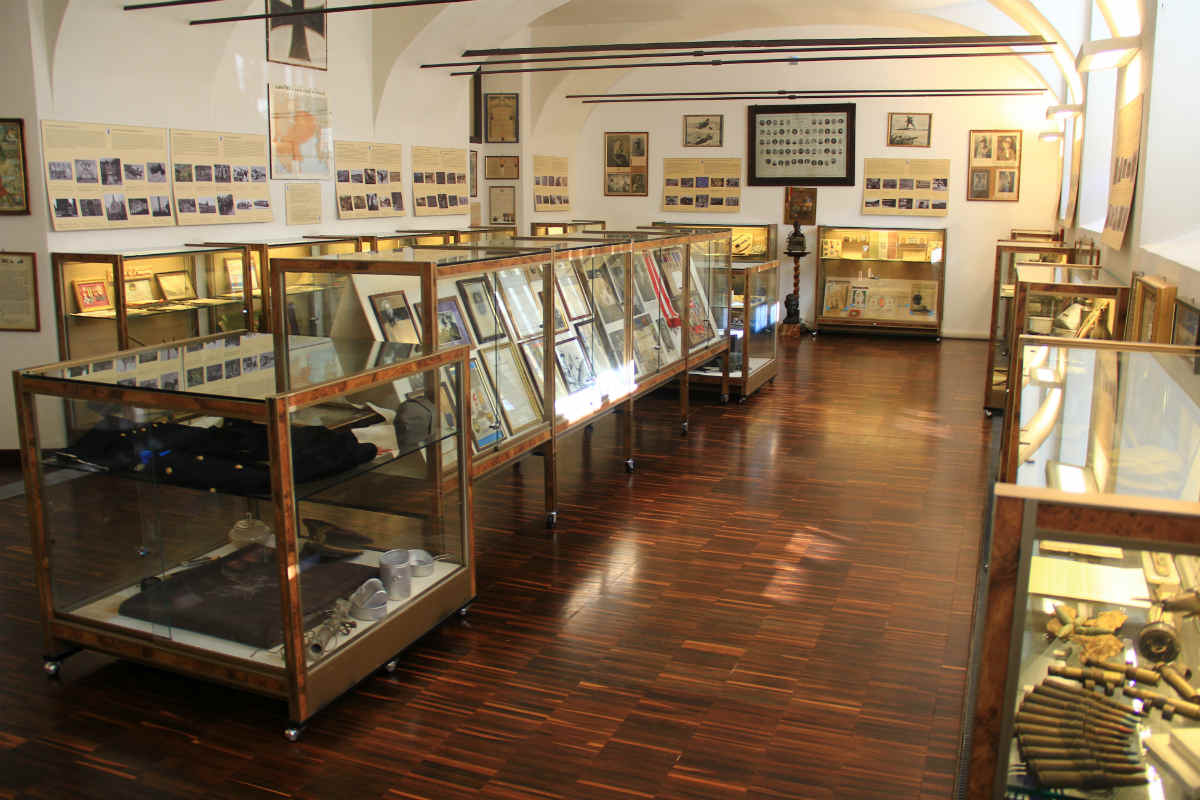 The Nastro Azzurro Historical Museum Foundation is based in Salò, in the province of Brescia, and is the only one of its kind in Italy.

Preserves, relics and military decorations of those decorated with Military Valor. Among the various relics, it preserves decorations and objects from Admiral Millo, General Papa, General Piazzoni and Colonel Bettoni and many decorated with military valor, such as the Brescia gold medal, Lieutenant Gnutti.

The Foundation is governed by a Board of Directors, headed by the President of the Brescia Federation of the Blue Ribbon, by a delegate of the National President, by a delegate of the Councilor for Culture of the province of Brescia, by a representative of the Municipality of Salò, the Director of the Civic Museums of Brescia, by the secretary treasurer and by four councilors of the board of directors of the Brescia Federation and by the director of the museum.

Currently the President of the Brescia Federation is Dr. Raffaele Rivolta and the Director ildott. Leonardo Malatesta.